The truth about veganism 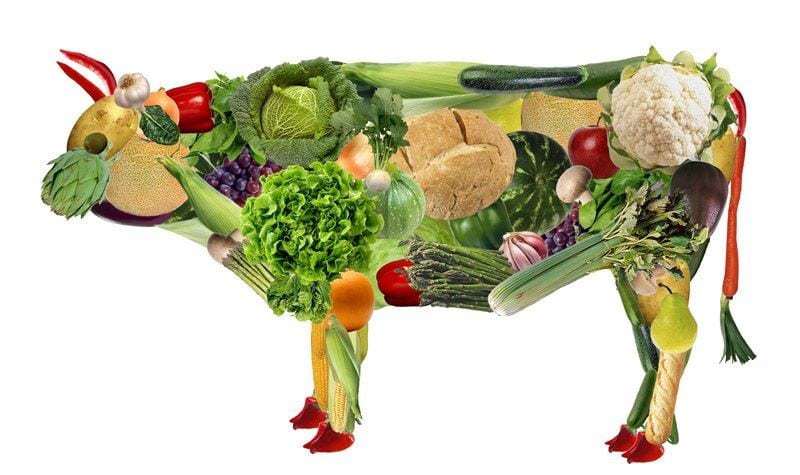 Veganism is a way of understanding the lifestyle that rejects any type of animal exploitation. Veganism is strongly opposed to speciesism (discrimination of those who do not belong to a certain species). This point becomes evident when the qualities in which veganism consists, such as the strict diet, the prohibition of cosmetics tested by animals and certain clothing, are made known.

According to the researchers, if everyone became vegan, the total number of deaths per year due to stroke, coronary heart disease, cancer and type 2 diabetes would be reduced by 19%. Greenhouse gas emissions due to the global agricultural industry, and a world full of vegans would reduce those emissions by 70%. They would save $ 570 billion dollars annually. It would reduce the costs of medical care and the expenses associated with "informal care and lost workdays," saving as much as $ 700 billion to $ 1 trillion a year.

The vegan diet has great nutritional value. Several studies have reported that vegan diets, when followed correctly, usually contain more fiber, antioxidants, potassium, magnesium, and vitamins A, C, and E. Taking into account that you can not consume any form of meat is vital and very important Make sure you continue to consume protein in other ways.

According to FAO it is estimated that there are 9,125,000 deaths annually caused by hunger. Almost 50% of the world cereal crop and 90% of the world soybean crop are used to feed the useful animals of the meat and dairy industry. Only to produce 1 kg of meat are needed, according to the type of animal, up to 16 kg of vegetable food. Many lives of starvation could be saved.

The Swiss Jean Ziegler, UN special representative for human rights, writes about food: "World agriculture could feed 12,000 million people without problems. That is to say, a child that today dies of hunger, dies murdered ".

Sometimes on TV they pass documentaries about bad conditions in animal factories, slaughterhouses or the transport of animals, but most of the time they try to take away the importance making it seem like an exception or the information is false for the purpose that people continue to consume meat and not lower sales, this would be one of the many reasons why there are not as many vegans as there could be if all the true information were released.

The seas of the world are being emptied. Many marine species are on the verge of extinction. The world's seas are being abused excessively and have become a mixture of chemicals and garbage. Most fish are heavily contaminated with toxic substances, so that the consumption of these fish poses a significant risk to human health.

Livestock is one of the activities that consumes the most water, for 1 kg of meat, 20,000 liters of water are needed. With this amount of water someone could shower for a whole year! In South America, an estimated 40% of the rainforest has been sacrificed in 40 years for livestock.

A varied vegan diet contains fruits and vegetables as varied as possible and whole grains, nuts and legumes and also vegetable oils. In the vegan diet, special attention must be paid to the supply of vitamin B12, since it is essential for the formation of red blood cells and the nervous system. Therefore it is advisable as a precaution to take care of an additional supply of vitamin B12 through fortified foods (juices, soy milk, breakfast cereals) and to take supplementary dietary preparations containing B12.

Advertising offers an image of milk and dairy products as something especially healthy. But milk fat contains approximately 65% fatty acids. Through the process of pasteurization (heating) of the milk proteins are denatured that can give rise to negative effects on health.

Differences between vegan and vegetarian

I've heard over the years that people wonder if the place where you are makes it easy or difficult to be a vegan. According to a list that I found on the internet if there are places where it is easier to be vegan, I believe that this is due to a wider access to places for vegan people specifically, such as restaurants, supers, etc.

The dress for vegan people is limited a bit, this is because vegans can not wear clothing made of animals such as leather shoes, leather jackets, among others. Over the years there has been more access to vegans to wear leather jackets or leather shoes since they have managed to create very similar imitations. These imitations have become very successful since even non-vegan people use them.

According to noemi of www.viviendoconsciente.com, "We are what we eat. If we eat the flesh of a being that has suffered during his life the lack of freedom, abuse, forced insemination, the separation of his offspring and a violent death ... what energy am I introducing in my body? "This paragraph verifies how the Veganism can have such a drastic impact on a person's life from helping with their mental clarity to influencing more physical changes like body energy.

After many hours of research I have come to the conclusion that veganism contributes a lot to our planet. He has many good contributions, not only for us, but in general. It contributes to our health, the welfare of animals, etc. I fully support veganism and if I believe that the world would be better if we were all vegans.

The Bio&Natural way® All rights reserved 2019